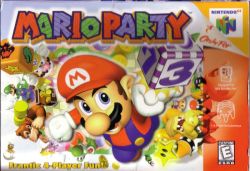 This week in Your Parents Basement, we follow up your Super Bowl party with the coolest one possible on the Nintendo 64! From 1999, we’re playing Mario Party by Hudson Soft.

We’re joined by Friend of the Show Amanda, fresh off of her capturing the freshest treasure from the oldest tombs! (Note: We did have some small technical difficulties this week, so we apologize in advance for any choppy transitions.)

And now, there is a Discord channel for all the sweet baby boy and girl fans of YPB! Check it out here, and rub elbows with your favorite co-hosts. Are you yearning and craving a clayyyssiiiccc YPB episode? Well, they are now collected here for you! Find episodes #1 to #52 right there, in Volume I!

Want to have an email or comment read on the air? Want to have your voicemail played? Send all mails and audio files to parentsbasementpodcast@gmail.com. 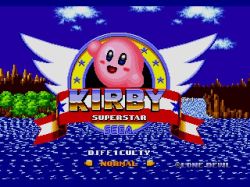 – Of all the things Sega could license… A movie adaption of Shinobi could be coming soon, per Variety. It’s a solid game, but when it comes to story-based ninja games, it’s no Ninja Gaiden.

– Also, Sega has allowed modding to its games on Steam. As you can imagine, this has led to all sorts of fun, like Kirby starring in Sonic The Hedgehog and difficulty hacks for Comix Zone. Zack Kotzer of Motherboard has a good summary article on some changes.

– Ryan Shoptaw of Gaming Conviction says a prototype cart for DuckTales 2 is now for sale.

– Over on Cinemassacre, Mike and Bootsy play the NES hack Luigi’s Chronicles 2, an ultra-tough remake of Super Mario Bros. 3.

– In 1992, Wolfenstein 3D was released for the PC by id Software. You play as William “B.J.” Blazkowicz and shoot down a ton of Nazis, and it was as awesome as it sounded at the time. It was the FPS game that popularized the genre.

– Konami released Castlevania: Aria of Sorrow in 2003 for the Gameboy Advance. It is one of the excellent Metroidvania games in the series. (And hey, check out our episodes on Castlevania and Super Metroid!) 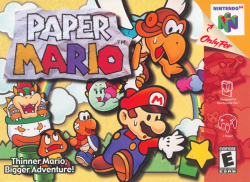 – Eurogamer, citing sources close to Nintendo, reports that a proper localization for Mother 3 – the Game Boy Advance sequel of Earthbound / Mother 2 – is underway. Read their news item here. A fan translation has been available for a few years, and it’s not bad.

– Capcom is now developing a Mario Party arcade game, according to the Anime News Network.

– Paper Mario, a spiritual successor to Super Mario RPG, was released for the N64 in 2001. There are now four games in the series, with the last being Sticker Star in 2012 for the 3DS.

– In 2007, Final Fantasy VI Advance came out. The re-release of FF6j/3e added a new bonus dungeon and a couple new espers.

– Devil May Cry 4 came out in 2008. Steve hasn’t ever played any of the series, but he used to have a “hand me down” cat named after the lead character.