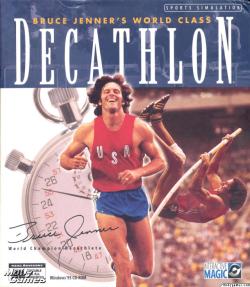 – The Nintendo 64 turned 20 last week, which led to retrospectives from plenty of places, like Nerdist and Tech Insider.

– The fine folks at Shmuplations are dong the lord’s work, as they’ve unearthed an old interview from developers on Super Mario Kart. You can read it here.

– The new Toejam and Earl game has gotten more funding, and it’ll see a console release! Read more about it in a piece by Brandon Orselli from Niche Gamer. And, check out our episode on the original!

– RZA will be doing some music inspired by old Atari games, which actually sounds kind of cool. Read more on Billboard here.

– Good news, everyone! Adventures of Mana, a 3D remake of the old Game Boy game Final Fantasy Adventure, is now out for the Vita. Read the release from Sony here. It’s the first game in the Secret of Mana series, which we covered in the past.

– From MCV, via Famitsu, the new Harvest Moon game for the 3DS is #1 on the Japanese sales chart. It’s scheduled to come out in America at some point in 2017.

– It’s short notice, but Nintendo is hosting a festival in Montreal this weekend! For more details, go here. And if you’d like to head Down Undah, there is an 8-bit festival in Melbourne later in July, according to Time Out Melbourne.

– Yougurtland is partnering with Nintendo.

– A Final Fantasy VII version of Monopoly is coming out in April 2017. It’s by Merchoid, and you can read more on Examiner.com here.

– A Kickstarter campaign has been launched for a “complete remake” of System Shock. Read more on the project page here.

– The producer of the Tetris movie now claims it’ll be a three-movie series! Yikes. Read more on Empire.

– The Angry Video Game Nerd re-visits Teenage Mutant Ninja Turtles for the NES, 10 years after he first covered it. Check out the video here. For James and Mike Mondays, they played Alex Kidd in Miracle World.

– On June 29 in 2000, Icewind Dale by Black Isle Studios was released by Interplay. It was a well-reviewed game based on Dungeons and Dragons.

– In 1996, Bruce Jenner’s World Class Decathlon came out for the PC. It was 20 years ago Jenner won a gold medal in the decathlon, so, that was kind of weird.

– Of all the things Sega could license… A movie adaption of Shinobi could be coming soon, per Variety. It’s a solid game, but when it comes to story-based ninja games, it’s no Ninja Gaiden.

– Also, Sega has allowed modding to its games on Steam. As you can imagine, this has led to all sorts of fun, like Kirby starring in Sonic The Hedgehog and difficulty hacks for Comix Zone. Zack Kotzer of Motherboard has a good summary article on some changes.

– Ryan Shoptaw of Gaming Conviction says a prototype cart for DuckTales 2 is now for sale.

– Over on Cinemassacre, Mike and Bootsy play the NES hack Luigi’s Chronicles 2, an ultra-tough remake of Super Mario Bros. 3.

– In 1992, Wolfenstein 3D was released for the PC by id Software. You play as William “B.J.” Blazkowicz and shoot down a ton of Nazis, and it was as awesome as it sounded at the time. It was the FPS game that popularized the genre.

– Konami released Castlevania: Aria of Sorrow in 2003 for the Gameboy Advance. It is one of the excellent Metroidvania games in the series. (And hey, check out our episodes on Castlevania and Super Metroid!)

– Cyan, the makers of Myst, have released a teaser trailer for their new game, Obduction. Check it out on their YouTube channel.

– There are a bunch of new screenshots and tracks released for the new Toejam and Earl game, per TechnoBuffalo.

– Amazingly, you can still play Phantasy Star Online on the Dreamcast! Well, if you’re willing to buy some modded games and/or systems. But, hundreds of people still do, and Jason Evangelho has the details on Forbes.

– Atlas Obscura’s Eric Grundhauser has an awesome read on the “treasures” offered in an old Atari contest for Swordquest. It’s long, but good. (For some of the neat-looking ads, including the one on this entry, go here!)

– Today’s “Shut up and take my money!” moment: Nintendo plans to open up a theme park at Universal Studios Japan. The Telegraph in the U.K. has a good write-up here.

– Bryan Cranston has been in a lot of commercials, including one for the Atari 2600 game MegaForce. Zap2It has a listicle here.

– From Allegra Frank at Polygon, and a bunch of other sites, the Coleco Chameleon is now dead.

– Per some mod makers, Microsoft wanted $500,000 to license Shadowrun for an X-Com 2 mod. Niche Gamer’s Carl Batchelor has a summary of the Twitter stuff here.

– On Kotaku Australia, Jason Schreier has a 20-year retrospective on Super Mario RPG.

– From The Wrap and a bunch of other sites, DuckTales is getting a revival! The first image is out, and it doesn’t look bad. Hopefully, it will lead to more splendid video games to review…

– Are you going to SXSW? (Sweet baby boy Huell is!) Well, they’re having a bunch of video game and tech-focused panels! Check out the list here.

– In re-releasing news, the rumored Valkyria Chronicles Remastered is now a reality for North American audiences! Per Sega and Sony, it’ll come out May 17, and feature upgraded graphics and full trophy support.

– On March 11, Mega Man & Bass came out for the Game Boy Advance in 2003, which is close enough for our purposes. It was the only main series game for the GBA, and was generally well-received.

– PlatinumGames’ MadWorld, an incredibly ultraviolent game, somehow came out for the Wii in 2009. It’s one of the few Wii games that is not kid or family-appropriate, as it is about a murder-related game show. Think of Smash TV, but gorier, and more of a beat-em-up.