This week in Your Parents Basement, we are indulging in product placement to the highest degree! From 1993, we’re playing Cool Spot by Virgin Games for the SNES mostly, and the Genesis.

– According to Price Charting, Cool Spot has actually retained its value fairly well, ranging from $6 to $10 for the cart, depending on the platform. Not great, but not horrible for a product placement game.

– Steve’s PSN Profile is here, in case you want to see how bad he is at PS3 games. 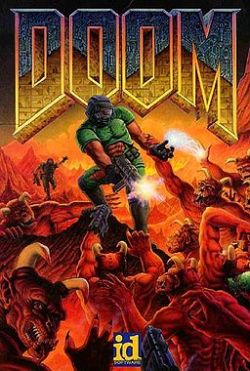 Not much news this week, so really, focus on some holiday shopping! Can I recommend our linkthrough via Amazon? It doesn’t add anything to your purchase price, and it kicks some cash to us. We promise to use the money on inappropriate gaming purchases, like Cool Spot.

– Geek.com and some other sites bring up that the original Super Mario Bros. theme DOES have words. Check them out here.

– From various fashion sites, there is now a Mario and Nintendo-themed Italian fashion line. Read more and check out some photos here.

– IGN’s Jared Petty has an interview with Shaq on Shaq Fu. Also, a new trailer for the game has come out. And as always, check out our past episode on Shaq Fu.

– From The Escapist, “5 Video Game Consoles That Almost Hit The Market.” Read it here!

– In 1993, DOOM was released, and pretty much became the first megahit for the first-person shooter genre. It expanded on the gameplay of Wolfenstein 3D, and features more weapons and more enemies to blow up real good! Thanks id!

– Breath of Fire 2 came out for the SNES in 1995. Steve was one of 10 people who owned this obscure console RPG! It was better in some ways than the first, since it had a town you could recruit people to, but there was soooo much level grinding, and the game would often leave you no clue about how to do things. Re-releases for the Game Boy Advance and other systems made it much more playable.