This week in Your Parents Basement, we are hang-gliding and parachuting and rocketbelting! From 1991, we’re playing Pilotwings by Nintendo for the Super Nintendo. 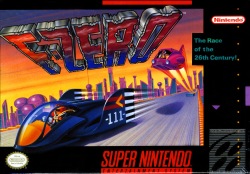 Today’s roundup is a day late because Steve has a case of OLYMPIC FEVER. It’s unclear if he contracted it from the waters of Rio, or some other way. Without further ado though, the links!

– Anddddd it’s gone. Nintendo Power has been removed from the Internet Archive, per Polygon.

– Band of Savers has a very important article posted: “10 Things Duck Tales Taught Me About Money.” And, check out our old episode on the vidya game!

– Nintendo Everything has a translation of an interview a Nintendo official did about the NES Classic Edition. Apparently, the save states are going to be more integrated and extensive than originally thought, and there will be several new visual modes for the games.

– Fun times, as Entertainment.ie has a screenshot quiz on SNES games.

– From Mike Diver at VICE, a Top Ten list of Sonic games.

– The AV Club has an insanely long roundtable on the camera in Super Mario 64.

– Unsurprisingly, a fan remake of Metroid 2 was quickly taken down, according to Twinfinite.

– Kotaku has a look inside Smash Hell, the server where Nintendo banishes spammers and others.

– Shack’s Arcade Corner on Amazon looks at Black Tiger, a past YPB game! [WARNING – The first is a video link!]

– Hint for next week’s show: August 13 marked the 25-year anniversary for a slew of SNES launch games, namely, F-Zero, Pilotwings and Super Mario World. And hey, the SNES itself came out! Good times, good times.

– System Shock 2, one of the biggest cult classics ever on the PC, came out on August 11, 1999. It was designed by Ken Levine, and developed by Irrational Games and Looking Glass Studios, but a sequel has been caught in rights snafus for years.