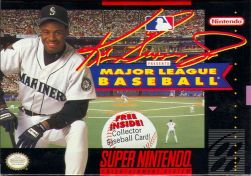 Oh man… We took a bit of a news break the past few weeks, because of The Holidays and what not. And also, Steve is sicker than the Noid after eating Pizza Hut. Regardless though, he’s powering through to deliver the first vidya games news of 2016!

– Brad Fuller, the composer for classic games like Tetris and Donkey Kong has passed away. Develop’s Matthew Jarvis has the full story here.

– A Reddit dude posts cool images from his collection of odd gaming systems. Check it out on Imgur.

– Super Metroid is a lot of fun, and you can self-impose new difficulty challenges via sequence breaking. But if you’re a complete masochist, a new hack tilts the game on its side.

– This week’s game for James and Mike Mondays (Angry Video Game Nerd) is Killing Time for the 3DO. As one of the 20 people who own a 3DO, of course I’m linking to it.

– Ken Griffey Jr. was elected to the Baseball Hall of Fame this week. His SNES game was weird, and Tech Times’s Jason Serafino has a rundown here.

– Much like the motion picture industry, January can be a dumping ground for the vidya game industry. The most significant releases? Harvey Birdman: Attorney at Law came out in 2008 for the PS2, PSP and Wii, and Total Eclipse came out for the 3D0 in 1994.

I remember where I was that fateful day.

It’s the last week of June! By this time next week, we’ll be close to celebrating America’s birthday. Because freedom. And Merrica. And burgers and hot dogs and good times.

– As reported by pretty much every blog about vidya games on the Internet, GameStop now has a classic games section. For the most part, their prices seem on par with eBay and Amazon, so feel free to scoop up some games the next time you get a gift card from a relative. The “PowerUp Rewards” discount does apply, and you do get points for buying used games.

– Andrew Schartmann at Slate has a cool article on how Koji Kondo composed the first true video game score, the “Game Over” theme from Super Mario Bros.

– Some people like to mod their NES with skins. Here is one with an apocalyptic theme.

– And on MTV.com, they have nine things you can throw away after graduating college, instead of keeping in your parents basement. (They’re totally wrong on that Bluto from Animal House poster though, that’s gonna be a babe magnet.)

– In 2000, Kirby 64 and Crystalis for Game Boy Color were released. The latter is a cool cult classic that originally came out for the NES in July 1990. Unfortunately, the GBC version is a bit inferior overall, changing some elements of the game, but it or the original are still worth hunting down and playing in some sort. The game also somewhat famously predicted that the Earth’s axis would shift and cause mutations in 1997, which we’re a little bit past at this time…

– Astrotit came out in 1987 for the PC computer. I never played it, and apparently, it’s a topdown arcade adult shooter. And it has a silly name.