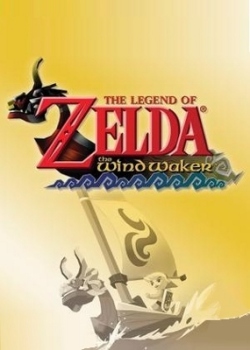 – Kyle Orland of Ars Technica has a good piece on why developers need to embrace emulation to preserve gaming history.

– Mike Fahey of Kotaku has a good read on how a planned Superman game instead sunk a game studio, Factor 5, the one behind Rogue Squadron.

– Steve Tilley of The Toronto Sun has a look at Batman games vs. Superman games, with the movie soon to come out. He comes to roughly the same conclusion that YPB did, in that Batman games are way better.

– Looking to signify to everyone who visits your home that you’re a massive geek? Check out this nifty Retro NES Shower Curtain!

– Atari has revealed the list of games in its upcoming Atari Vault collection. The 100 games can be seen here, on IGN.com.

– In 2003, Legend of Zelda: The Wind Waker came out for the Gamecube. It got universally great reviews, although some did gripe about the sailing aspects.

– The Playstation Portable came out in 2005. Amazingly, it was technically supported by Sony until being discontinued in 2014, and sold 82 million units worldwide. While it’s maligned because of its weird game format and somewhat flimsy nature, there are some good re-releases of the Persona and Final Fantasy series available for it.

– Speaking of the PSP… Crisis Core, an action-RPG prequel to Final Fantasy VII, came out for the system in 2008. It was actually a pretty solid game! Unfortunately, it did further complicate the timeline for the original game, which is now a mess.

Tons of new news, with the yearly E3 conference happening in Los Angeles this week! Scouring the web and Google Alert for some of the noticeable reboots, retreads and re-releases, along with the usual odds and ends…

– Square might not be done with just the announced Final Fantasy VII remake. According to the director of that PS4 remake, he’s also interested in redoing the fifth and sixth installments. (The box art in this post comes from a review of the games here.)

– Piggybacking on the interest from our last show, clearly, Nintendo has announced that Star Fox Zero will be out this holiday season for the Wii U. Game Informer has an interview with Miyamoto, and like some other interviews from the past month, he says it’s unlikely Star Fox 2 ever gets a proper release. Per most reviews of Nintendo’s E3 performance, they’re paring back on their Wii U offerings, expanding their 3DS array, and not talking about their console-after-Wii.

– From CNET, a gamer proposes to his girlfriend by hacking The Legend of Zelda.

– Also from CNET and their E3 coverage, Shenmue 3 looks to be a reality after a successful Kickstarter campaign. The series debuted in 1999, and the sequel came out in 2001.

– And yet another interesting CNET article, this one from Danny Gallagher on AI programs playing Super Mario World.

– From Super Compressor, 14 things in your parents’ basement worth serious money.

… Actually, not much happened, unless you have deep, resounding love for games like Cruise Ship Tycoon and Zoo Tycoon Complete Collection, which came out in 2003. The most “significant” game release is probably Neverwinter Nights in 2002.