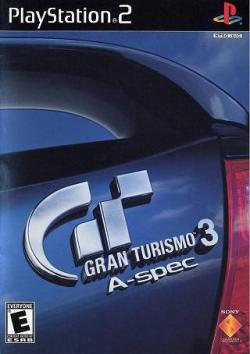 – Polygon has an awesome full-length feature on where Blizzard’s Starcraft: Ghost went wrong.

– Also from Polygon, a good, long read by Colin Campbell on an Atari artwork book.

– A translation for Wizardry Gaiden IV has been released, according to the folks at ROMhacking.net. Check out this “new” SNES game here!

– Hadlee Simons at Gearburn has a look at five failed handheld systems.

– As expected, Nintendo shut down a Kickstarter project for an NES coffee table book.

– The latest video on Cracked from Cody Johnston is about how Christopher Nolan stole his ideas from DuckTales. No word yet from Todd how this infraction ranks on the DuckTales scale.

– From TechTimes, Paul Rudd has barely aged since starring in SNES commercials back in the day.

– Also on TechTimes, Chinese companies are constantly making bootleg games with all the Nintendo characters.

– On July 10, 2001, Gran Turismo 3: A-Spec came out for the Playstation 2. The effort from Polyphony Digital set a new standard for realistic racing games. The sixth installment came out in December 2013 to glowing reviews for the PS3, and Gran Turismo Sport is due out in November as a PS4 exclusive.

This week’s news is from Russia with FUN!

– Some guy named Steve Colebert had the Zelda orchestra on. You’ve probably heard about it already, but if not, it’s totally on Youtube.

– From Kotaku, Brian Ashcraft has a re-post of a popular old post that has a tour of Nintendo’s original headquarters in Japan.

– A hardcore Japanese gamer has kept his SNES on for 20 years because he’s worried that his save game data for obscure game Umihara Kawase might be at-risk. Preston Phro of Rocket News 24 has a good write-up here.

– If you’re in the Portland, Oregon area, then you still have time to check out the annual Classic Tetris World Championship! It takes place this weekend, Oct. 17 and Oct. 18, at their own yearly Portland Retro Gaming Expo. There are prizes ranging from $125 to $1,000 for top-four finishes.

– Uproxx and plenty of other sites had this item on someone mashing up Kendrick Lamar and Super Mario Bros.

– Per the official Natsume Twitter account and some other sources on the Internets, Nintendo is moving on from re-releasing older games (SNES, Game Boy, NES) on the Virtual Console. Along similar lines, hackers discovered a list of about 70 future online releases by Nintendo.

– Gamasutra’s Christian Nutt has a really good Q&A with producers who have worked with Nintendo before about the process of creating games in conjunction with the company.

– WHO’S A GOOD DOG? Atari is a good dog, and he’s available for adoption!

– Pokémon Gold and Pokémon Silver came out 15 years ago for the Game Boy Color. These were the first proper, full sequels to the original blue and red installments, and solidified Pokémon as a phenomenon.

– Wild Arms 3 came out in 2002 for the Playstation 2. It’s a niche RPG series with a sort of Western feel and theme, and worth checking, especially the later games that iron out some of the kinks of the first installment.

– The Lord of the Rings: The Fellowship of the Ring was released 13 years ago for the Playstation 2. While it received mediocre to bad reviews, this was still way better than the SNES installment that was a past YPB game.