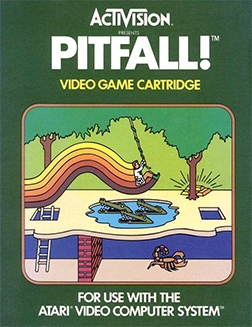 – As you can imagine, there is a bunch of Star Fox content this week, because a new game in the series is coming out. (The initial reviews seem to suggest it’s good, but weird control-wise.) Kotaku’s Patrick Klepek has a good piece on why Star Fox 2 never made it out for the SNES, even though it was probably more than 90 percent done. Kat Bailey of US Gamer points out that the series has a long history of innovation – some good, some bad.

– Sega has announced that it’ll allow mods to be released via Steam for some of its old games. Polygon has the press release summary here. Sega hasn’t elaborated on the extent of what it’ll allow and won’t, but it could lead to some interesting creations.

– The latest YouTube Teens React video is on Super Metroid! Check it out here. Only one teen out of six (I believe) can manage to beat the second boss, the Chozo guarding the bombs. Also, if you missed it, we recently covered Super Metroid.

– From Chris Reed at The Cheat Sheet, eight SNES games you have to play!

– Sarah Gish of The Kansas City Star looks at some of the cool bars with video games in the city.

– There is a really cool looking Nintendo 64 anthology book on Kickstarter. Check it out here!

– From Jeff Grubb at Venture Beat, what’s the current status of Atari? Well, seemingly, it’s mostly a patent troll company. They’re claiming that they own the trademark for “haunted house” in video game titling. The company filed for bankruptcy in 2013, and now, it only employs 10 people who mostly work to protect the company’s legacy value.

– Aubrey Sitterson of Geek.com has 11 games that “secretly made the Sega Saturn a great console.” While I wouldn’t agree that the Saturn was great, it was a good system, and it unfairly gets lumped into the Virtual Boy / 3DO / 32X graveyard sometimes.

– According to Moby Games, Data East was founded on April 20, 1976. The company was one of the early arcade producers, making games like BurgerTime, Cobra Command, Joe & Mac and past YPB show topic Shadowrun. They also did more than a dozen different pinball games, most based on TV shows. However, by the mid-1990s the company’s popularity and series had faded, and their last game came out in 1999. (Revive… Sosei, an adventure game for the Dreamcast, was Japan-only in October 1999. Zombie Revenge, an arcade and Dreamcast release, was the last North American release, seemingly.)

– In 1982, Pitfall! came out for the Atari 2600. It was probably the very best game ever released at the time, and topped the Billboard charts for 64 weeks. The commercial also had Jack Black in his first role. 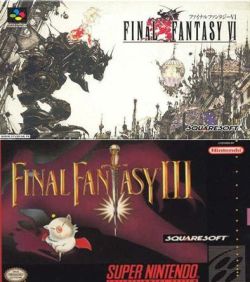 Tons of new news, with the yearly E3 conference happening in Los Angeles this week! Scouring the web and Google Alert for some of the noticeable reboots, retreads and re-releases, along with the usual odds and ends…

– Square might not be done with just the announced Final Fantasy VII remake. According to the director of that PS4 remake, he’s also interested in redoing the fifth and sixth installments. (The box art in this post comes from a review of the games here.)

– Piggybacking on the interest from our last show, clearly, Nintendo has announced that Star Fox Zero will be out this holiday season for the Wii U. Game Informer has an interview with Miyamoto, and like some other interviews from the past month, he says it’s unlikely Star Fox 2 ever gets a proper release. Per most reviews of Nintendo’s E3 performance, they’re paring back on their Wii U offerings, expanding their 3DS array, and not talking about their console-after-Wii.

– From CNET, a gamer proposes to his girlfriend by hacking The Legend of Zelda.

– Also from CNET and their E3 coverage, Shenmue 3 looks to be a reality after a successful Kickstarter campaign. The series debuted in 1999, and the sequel came out in 2001.

– And yet another interesting CNET article, this one from Danny Gallagher on AI programs playing Super Mario World.

– From Super Compressor, 14 things in your parents’ basement worth serious money.

… Actually, not much happened, unless you have deep, resounding love for games like Cruise Ship Tycoon and Zoo Tycoon Complete Collection, which came out in 2003. The most “significant” game release is probably Neverwinter Nights in 2002. 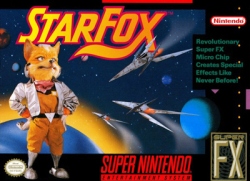 This week in Your Parents Basement, it’s quiet… Too quiet… Be careful, it’s a trap! Do a barrel roll!

The gang covers Star Fox this week, both the Super Nintendo and Nintendo 64 installments, since they’re somewhat similar. We fight through the overly shiny polygons of the first game to find the splendid gameplay underneath, and just generally heap praise on the second installment. (We also express wonder at the seemingly weird direction the series has taken, and the murkiness of animal species in this universe.)

The show notes for this week:

– Thanks to twitter user Tecmo Bowl vs. RBI (Baseball) for writing in! If his user name excites you, check out his website.

– At several points, Steve mentions an interview with one of the programmers from the never-released Star Fox 2. It was for Nintendo Life, and you can read it here. A mastered ROM exists, but hasn’t been released, in contrast to the weird, alpha versions floating around the Internet. Surprisingly, the subject of the article, Dylan Cuthbert, also gets involved in the comments.

– Although it was widely rumored that there would be some sort of Star Fox presentation at E3, as of 7:30 p.m. EST on Sunday, there was nothing on the web. Nintendo’s main event is scheduled for Tuesday, June 16, so if there is something new, it’ll probably be covered in the Thursday news post. As of now, the next Star Fox installment is scheduled for release on the Wii U sometime in 2015, probably Christmas. 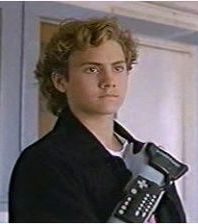 “I love the Power Glove… I’m the only one. It’s so bad. Like you really can’t do shit with it.”

It’s the debut of a semi-new feature! We’ve scoured some online sites in an attempt to find some retro gamin’ news you might find interesting, to whet your appetite between shows. Except to see regular news posts on Thursdays for the next couple of weeks as we try this out. So, without further adieu…

– Remember how cool The Wizard was? Well… Not actually. But similar to that movie, there will be a 2015 Nintendo World Championships, as reported by Games Radar and tons of other sites. The entry rounds being held at eight Best Buy locations. For more info, go here.

– Just as a technical project, someone is porting Wolfenstein 3D to the Genesis. Like… they’re doing it now, in 2015. You can see a YouTube video here, and there is a message board posting about it here.

– For the Genesis and the SNES, there is a vibrant homebrew / indie scene. Example: here is a Kickstarter for a new SNES (and possibly NES) platform game.

– A port of Dragon Quest VIII is coming out for the 3DS.

– Sega is pulling a bunch of different games from its iOS offerings, per Pocket Gamer. Games removed include Streets of Rage 2, Gunstar Heroes, Shining Force and Sonic Spinball.

– On Reddit’s GameCollecting subreddit, someone managed to get their hands on TWO copies of DuckTales 2 at the same time! The subreddit itself has some other nice finds.

– A deep dive from Nintendo Life on the cancellation of Star Fox 2, from someone who worked on the game and played a completed Japanese ROM of it. However, a release and translation are probably unlikely, given legal issues with the now-defunct Argonaut Software. 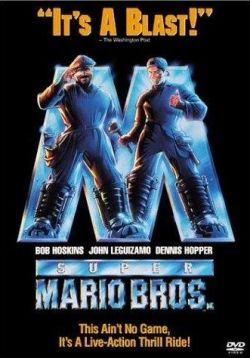 – … Well, kind of. Super Mario Bros. the movie was released in 1993, and it bombed. Per Box Office Mojo, it only made $20.9 million on a $48 million production budget. It only opened fourth on its first weekend, behind “classics” like Cliffhanger, Made in America and Dave. It was out of theaters in about four weeks. The full movie is often posted on YouTube, and really, that’s a better option that expending any cash for that trash.

For the full list of history items, check out Moby Games.