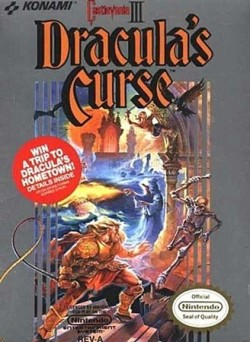 – Netflix has confirmed that an animated Castlevania show will be hitting their service in 2017! You can read about it on GameSpot, and a bunch of other sites. Its creator has called it “R-rated as fuck,” and based on Castlevania 3. You can listen to our ‘vania 1 show here.

– From Tristan Jurkovich at GameSpew, a good read on the “bizarre localization” of a fun adventure / platform action game, Power Blade.

– Sweet sassy molassy! Source codes for NBA Jam Extreme and Turok: The Dinosaur Hunter were found on some auctioned computers, according to this Kotaku article, which is based on the fine work of the folks at YouTube channel Silicon Classics.

– On Ars Technica, World of Warcraft gold can now be used on other Blizzard titles like Overwatch and Hearthstone. Also, by the way, we’ve covered a bunch of their games – the original Warcraft series, Starcraft and Diablo.

– A slew of Star Wars games are available in this week’s Humble Bundle, including Knights of the Old Republic and Shadows of the Empire. Check it out here! We haven’t covered those excellent games, but we have played and reviewed Rogue Squadron 3D (included in the bundle!) and Super Star Wars (not including, but you don’t wanna murder jawas anyway).

As always, if you’d like to support the show, do so via our Amazon link. 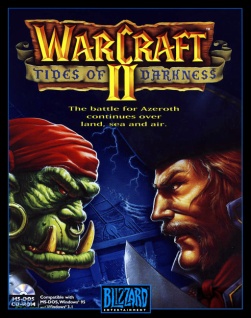 This week in Your Parents Basement, we are amassing our armies to destroy vile orcs and corrupted humans! From 1994 to 2004, we’re playing the games of the Warcraft series by Blizzard for the PC. We’re joined by special guest Pascal’s Pager, a.k.a. Paul Christian Glenn!

And oh yeah, Todd Brisket is back too, if you’re into that sort of thing.

– The first three Warcraft games are often available in a “battle chest” edition for modern systems that runs from $10 to $20 new. It can be dicey to buy used copies though, given that Blizzard can be sticklers for authentication codes.

– On the show, we talk briefly about Titan, an ambitious MMORPG that was cancelled by Blizzard despite years of work because it didn’t meet their high-quality standards. Kotaku has an impressive story on the issues of the game here, which sounds ambitious for now, nevermind a few years ago.

– A past episode was about StarCraft! If you missed us talking about that Blizzard game, go here!

– You can watch the South Park episode “Make Love Not Warcraft” on the show’s website for free.

The weekly news post! Good times, good times. It’s a bit shorter this week, because we’re all still decompressing from traveling, and Steve either has a sinus infection or black lung or the plague. Looking around at classic video game news and tidbits…

– Via Destructoid and some other sites, there is the “Fake Nintendo releases at E3” generator. My best results? Yarn Splatoon Party and The Legend of Zelda: Disgusted Appendix.

– Ars Technica’s Kyle Orland has a fascinating article on the long, twisted path it took for Chip’s Challenge 2 to see the light of day, more than 15 years after it was completed.

– Kotaku, via iRetroGamer.com, has video of a kid opening a SNES on launch day in August 1991.

– A cool story about a guy buying some of the garbage from the infamous Atari 2600 cartridge and E.T. dump in New Mexico.

– Exactly what it says on the tin: Watch Teens Fail Hard At Contra.

– The usually stoic Washington Post actually has a neat story on how to play the first six games inducted into the World Video Game Hall of Fame. (Oh, you wanna know the games? No big surprises – Pong, Pac-Man, Super Mario Bros., Tetris, Doom and World of Warcraft.)

– Bloomberg says that leaving your parents basement is good news for the economy, which seems like hogwash to us…

– The Legend of Dragoon, an RPG that was not Final Fantasy 7, came out for the Playstation in 2000. It is a somewhat mediocre game, with a MetaCritic score of 74, although it has its fans.

– The Game Boy Advance came out in 2001. Although it was only out for three years before the DS came out, it still sold 81.51 million units.