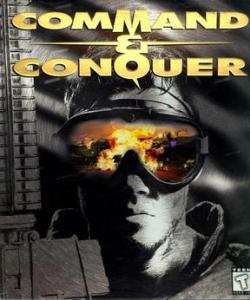 – IGN’s Alex Osborn has a great interview with Peter Moore, talking about why Sega failed as a hardware company. Understandably, the Saturn was seen as a turning point.

– From Mattel, via Polygon, Hot Wheels versions of Nintendo characters are coming soon! They actually look pretty nifty, so, congrats Nintendo. Thank you for successfully taking more of my money.

– Bill and Ted’s Bogus Journey is available on Netflix as of Sept. 1. You can listen to our episode on the horrible vidya game here!

– Chris Schilling of VICE writes about how the Nintendo DS was his deepest love, when it came to vidya game systems.

– Command and Conquer, the first title of that popular series, came out on Aug. 31, 1995. The PC game from Westwood Studios became a staple of online RTS duels for years and years. It sold more than three million copies, and the series has sold more than 30 million units.

– An awesome character known as Crash Bandicoot had his initial release for the Playstation on Aug. 31, 1996. More on him Monday though.

– On the other end of the PSX spectrum… Released on Aug. 31, 1996, Beyond the Beyond terrorized Steve as a teen. He loved turn-based RPGs, but one of the main “features” of the game by Camelot Software was lugging around a cursed character for several hours. Fun, fun, fun.

– Guitar Hero 5 from Neversoft came out in 2009. It was the second-to-last hurrah for the series, as it was already starting to slowdown before Warriors of Rock came out in 2010.