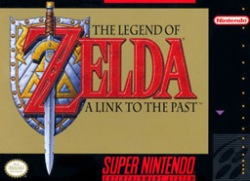 – The Tumblr account Super Mario Broth highlighted a rare Super Mario Bros. 3 animation this week – The Hammer Bros. suit sliding. You normally can’t slide in the suit in the game, so you have to do it in this one stage.

– Also in the category of Super Late Easter Eggs, a bald guy in Mike Tyson’s Punch-Out!! reveals when to throw punches to knock out Piston Honda and Bald Bull. Read about it on Reddit here.

– In advance of the release of Star Fox Zero on April 22, there is a comparison of Corneria across the different versions. And hey, check out YPB’s Star Fox episode here!

– Nerdist and a bunch of other sites had the Player Piano cover of the moon theme from DuckTales. It’s the hot game that got one out of one DuckTale from Todd on one of our first shows!

– From TechTimes, Mark Lelinwalla looks at the five console generations Kobe Bryant has spanned. Also from TechTimes, Dianne Depra has a cool preview piece on a neat new book, The Art of Atari. Some really good images here!

– And again on TechTimes… Quinten Plummer has a cool article on how the Galloping Ghost Arcade in Illinois managed to revive a prototype Beavis and Butt-Head game that only had 12 copies made. The secret? Cannibalizing a 3DO.

– Not quite today, but on April 13, 1992, The Legend of Zelda: A Link to the Past came out in North America. It continued the wildly popular series, and it was a bright, vibrant 16-bit game. Per Wikipedia, it sold 4.61 million copies, good enough for fifth on the platform.

– On April 12, 2001, Big Ape Productions released The Simpsons Wrestling for the PSX to pretty miserable reviews. Of course, if you’re looking for a good Simpsons game, or want to hear about some of the horrible ones, check out our previous show!