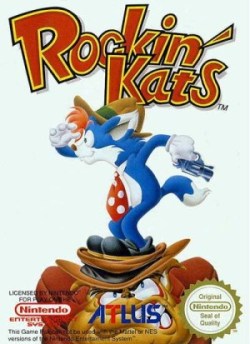 – On Polygon and a bunch of other sites, Sega announced that it had finalized its acquisition of Atlus. As of now, operations aren’t supposed to change at either company as a result, except for Atlus helping in some North American localization for Sega games.

– Now Gamer has an interesting piece on the failed development of the M2, a follow-up to the 3DO, that never saw the light of day. Panasonic still spent $100 million on it though, and its tech made its way into some Arcade games. Read the piece here.

– Micah Mertes of The Omaha World-Herald has a neat story on a tech museum that had a “petting zoo” display for April 1, featuring old systems, typewriters and Tamagotchis.

– Mike Matei of Cinemassacre (home site of the Angry Video Game Nerd) has a video on the top 10 obscure NES asshole enemies. Check it out here! It’s NSFW and frustratingly accurate.

– From IGN and a bunch of other places, there is now a 24-carat gold NES available. (Warning: Autoplay video.)

– Jimmy Maher of The Digital Antiquarian has a great long read on how the NES muscled its way past the 1980s computing industry, thanks to a focus on fun games.

– Ryan Gibbs of The Young Folks reviews Atari Vault, the 100-game Atari collection that recently came out for a bunch of different platforms.

– To circle back to a news roundup item… Not many games have historically been released on April 7, buttttt, Atlus was founded in 1986. If you’re into RPGs, you know them as the developers of Persona and the Shin Megami Tensei series of games, as well as quirky stuff like Etrian Odyssey and Radiant Historia. And, Rockin’ Kats! (And by the way, the director of Radiant Historia would love to make another one, per Siliconera.)

– Per Moby Games, in 2005 VIS Games filed for bankruptcy. Their most prominent games were a very bad version of Earthworm Jim 3D for the Nintendo 64, and State of Emergency, one of the few Rockstar Games that wasn’t a smash hit. However, it did inspire this awesome Lewis Black rant.