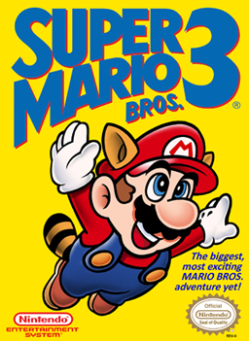 – From Ryan Divish and Geoff Baker of The Seattle Times, Nintendo is selling its majority stake in the Seattle Mariners. The valuation is $1.4 billion, and a follow-up story on how the deal was struck is here. The initial purchase price? Around $100 million, according to a January 1992 New York Times article by Lawrence Malkin.

– Kotaku has an excerpt from Alyse Knorr’s book on the making of Super Mario Bros. 3, and it’s an awesome read! Check it out here.

– Pretty much every site on the ole Internet had a piece about the new NES adapter that lets you use some modern controllers.

– Nintendo has a Humble Bundle available until May. Highlights include Retro City Rampage and Citizens of Earth.

– Historically, nothing prominent has come out on April 28, so… On April 29, 1998, Tekken 3 came out for the PlayStation. Released by Namco, it’s considered one of the absolute best games for the system, and one of the best fighting games of all-time.

– A little game called Grand Theft Auto IV came out on April 29, 2008. It made a bazillion dollars for Rockstar.

– Similarly: Mario Kart Wii came out in 2008 as well. It was a pretty good day for games.